Lubing switches is something that has become quite common in the keyboard community for a couple different reasons, obviously there is the benefit of it making switches smoother but it also changes the sound signature of the switch depending on the lube you use.

So what lube should i be using you might ask, well believe it or not it actually comes down to preference, what most people tend to use is different versions of the Krytox line of lubes from Chemours and this is what i will focus on since it is by far the most common and widely available lubricant that is good for switch lubrication.

Alright so lets get going, first of there are a few things i would like to make clear about krytox lubricants and those are

Alright so now that that is disclosed we can get into some information, so how do you actually find out what defines the lube you are looking at using? Well there are a few things to look at and these include

So for the viscosity i do have a chart of all the different bases used in krytox, even if it only says GPL10x it also applies to the GPL20x greases with the same number at the end. 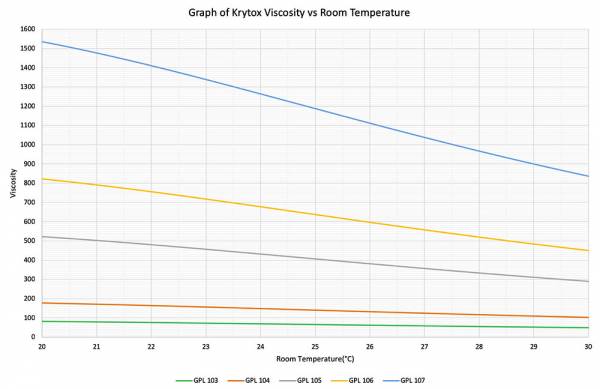 The type is defined by the first number in the name for example GPL1xx means that it is an oil and GPL2xx means it is a grease.

NGLI grades are both complicated and not at the same time, pretty much in terms of switches the lower the number is the easier it will be to work with, if you want the actual information then you can check out this image which provides some numbers as well as comparing the greases to common food items for a thickness comparison

Alright now you might ask “Where do i put the lubricant once i have it” and to answer this question i do have a few images that show common lubing points, there are also a few good tutorials on YouTube but when watching them always remember that there might be a lot of opinion in what the person says is right and wrong. 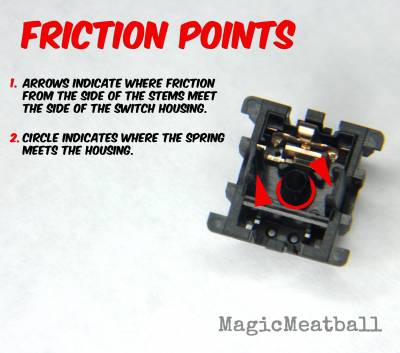 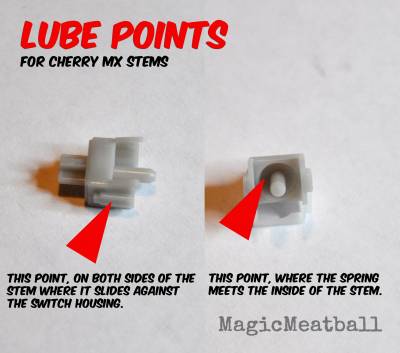